The Acrobat and the Safety Net: A Safety Talk about Taking Shortcuts

Taking shortcuts during a work task is one of the hardest things to prevent workers from doing on the job. Shortcuts, no matter how small they may seem, can eventually lead to an incident. On any jobsite, there can be a lot of procedural or safety-related rules. These procedures and rules serve to protect life and property. Every rule and procedure is in place for a reason. 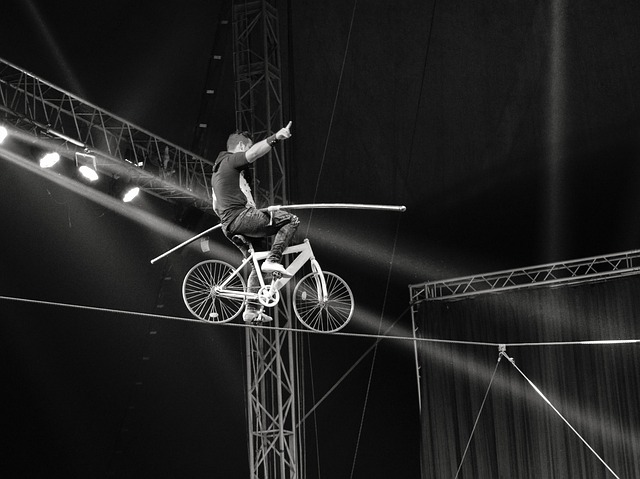 The Safety Net and the Acrobat

To create a visual of what effects shortcuts have on safety in the workplace, we can compare them to cutting holes in a safety net and a possible incident such as an acrobat falling. When a safety procedure is not followed for the sake of making the work task quicker or easier, we begin to put “holes” in our safety net. Think of each rule or safeguard that is supposed to be in place as a strong area of netting. Each time we take a shortcut and do not put a safeguard into place, we comprise the net.

As more safeguards are not put into place or comprised by a shortcut, we continue to comprise the net as a whole. If an incident occurs, in our example- the acrobat falling towards the net, without those safeguards in place, the net breaks, and the effects are catastrophic instead of minimal.

Real-World Example in the Workplace

In a real-world example, we will use a man working in an aerial lift. The example company’s main safety procedures for this task are to do a workplace inspection of the area, wear fall arrest equipment, and to have a spotter at all times.

The two men assigned to the task, the operator and spotter, had a late start to the day and decide not to inspect the work area before they start the task. The operator checks his harness, finds no defects, and puts it on. The operator climbs into the lift and clips his lanyard into the appropriate anchor point. Ten minutes into the task, the spotter decides he does not have to be there the whole time and lets the operator know he is going to work inside the shop while the aerial lift work is done.

The operator acknowledges and continues with his work. The operator moves the aerial lift and hits a pothole in the pavement, and it throws him over the side of the lift. He is knocked unconscious, and no one heard the crash. The operator is saved from falling to the ground because of the harness and lanyard; however, he suffers from suspension trauma and dies an hour later.

Out of the three main safety procedures that served as safeguards, only one was put into place, which was the fall arrest equipment. The workplace inspection should have been completed prior to the start of work, but was not due to the workers starting late. If they would have spent the five minutes doing the workplace inspection, they would have probably noticed the large pothole in the pavement, which could have avoided the entire situation. This created the first weak spot in our imaginary safety net.

We take shortcuts because we can have the “it will never happen to me” mindset with many of the tasks we do often. Just like when we take shortcuts towards safety procedures- most times, the acrobat stays on the line, never falls, and never needs the safety net. However, one day he does fall, but since the net is compromised, it is not there to save him. Take every safeguard seriously. Every safeguard is one more strong point in our net that a potential incident has to break through to cause an injury.

-What are common shortcuts in our line of work?

-How do we avoid taking shortcuts here on our site?