Spiders are feared by many people all around the world. For the most part, they are harmless creatures to humans. However, there is a small number of species that are known to be a danger to humans. In the United States, there are two kinds of spiders that are normally mentioned as a danger to a person’s health if bitten. These spiders are of the recluse type and the widow type.

Brown Recluse spider bites are a pretty rare occurrence. These spiders like to hide and not be bothered by anyone. The majority of these spiders are found in the Midwest and southern parts of the United States, but due to modern travel and shipping, they can be found anywhere. 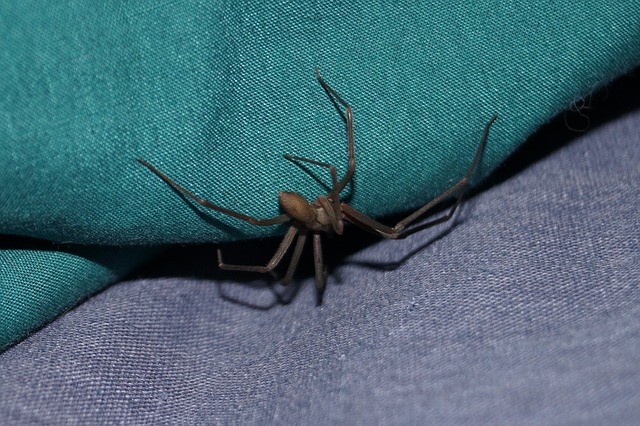 According to WebMD:
“A brown recluse might not be brown, but tan. It has a violin-shaped area on the front half of its body, with the neck of the violin pointing toward the spider’s abdomen. It may be bigger than other spiders that you’re used to seeing. Its body can range in size from a quarter-inch to three-quarters of an inch, and its long legs make it appear even larger.”

Most adults bit by a brown recluse spider can treat the bite in the home according to WebMD.com. Only a small percentage of these bites need medical attention. If there is any infection or excessive pain, a doctor should be seen. If you suspect a child has been bitten by one of these spiders get them immediate medical attention.

Black widow spiders are found more commonly throughout the U.S. and are more likely to be seen than a brown recluse spider. They are commonly found in the South or West of the United States, but like the brown recluse, they can be found in almost any part of the U.S. due to getting transported. The female black widow is more likely to be responsible for a venomous bite. 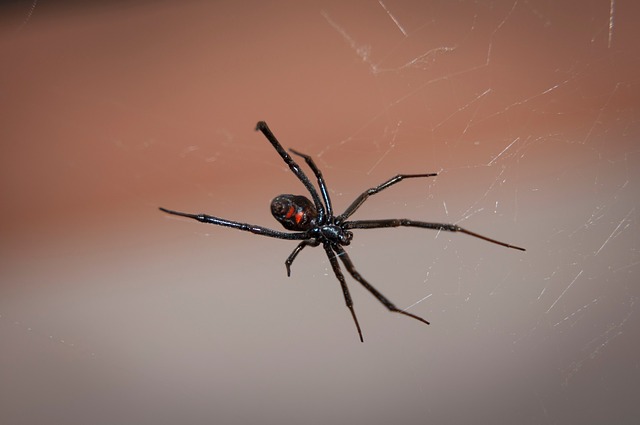 Black widow spider bites are usually much more serious than a brown recluse bite. These bites result in muscle cramps and spasms that start near the bite and then spread and increase in severity for 6 to 12 hours. The bites can also bring on any of the following symptoms: chills, nausea, sweating, chest pain, back pain, stomach pain, headache, restlessness, and/or severe high blood pressure.