The cases of rabies reported have changed drastically over the last century in the United States. The CDC reports that the majority of rabies cases that were reported before 1960 were those from domestic animals. Approximately 5,000 animal rabies cases are reported annually to CDC, and more than 90% of those cases occur in wildlife. This disease is extremely rare for humans to be infected with. The CDC reports that there are only one to three cases of human rabies reported each year.

Rabies should still be a concern for anyone who is bitten by a wild animal or even a pet that is acting strange. 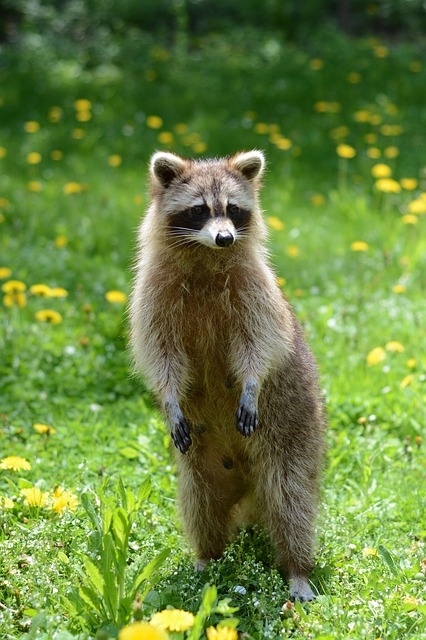 According to rabiesalliance.org, “Rabies is a viral disease that is transmitted through the saliva or tissues from the nervous system from an infected mammal to another mammal, usually through a bite or scratch. Rabies is a zoonotic disease. Zoonotic diseases can pass between species. Bird flu and swine flu are other zoonotic diseases.

The rabies virus attacks the central nervous system causing severely distressing neurological symptoms before causing the victim to die.” It is reported that once clinical symptoms appear, 99.9% of victims die as a result of being infected. Humans and domestic animals can be infected by wildlife or other domestic animals that are carrying the disease.

Animals that Carry Rabies and the Symptoms

A study published in the Public Veterinary Medicine looking at the cases from 2014, gives in-depth information on the cases reported that year. According to the study, raccoons were the highest reported species infected by rabies, followed by bats, skunks, foxes, cats, cattle, and dogs.

Different parts of the United States had different species that were the most prevalent carriers of the disease. For example, skunks and foxes were the main carriers in the Midwest and West, while raccoons were responsible for the majority of the cases on the East Coast. Some signs and symptoms of infected animals:

While human cases of rabies in the U.S. is rare, plenty of animals still carry the disease. Rabies in humans is 100% preventable through prompt appropriate medical care. Yet, more than 55,000 people, mostly in Africa and Asia, die from rabies every year. Know the signs and symptoms of rabies so that you get the proper medical attention before symptoms set in and it is too late for recovery.