The Negative Side of Quick Reactions Safety Talk

There are many times when quick reactions put people in the line of fire where they can be hurt. A person sees a situation occurring, and in an instant, their mind tells their body how to react. At work, an impulsive decision to jump in and try to help in a situation going wrong may be the last decision a person makes. It is important to consider what our first reaction may be to certain situations and attempt to fight the urge to react impulsively without thought.

A Look at Reaction Time

One would think that reaction time would take a lot longer than it actually does due to all the moving parts our bodies have responding to one another. As an example, we will look at an object falling to the floor. In the example scenario, a hammer is sitting on a shelf. A mechanic bumps the shelf, and the hammer slides over the edge and begins to fall. The mechanic sees this occurring, and in less than half a second, he sticks his hand out in an attempt to catch the hammer.

In the small amount of time from the hammer beginning to fall to the mechanic reaching out his hand, a lot of processes are occurring in his body to create this reaction. According to ScientificAmerican.com, first, the information travels from sensory cells called neurons from the eye to the brain’s visual cortex, an area devoted to understanding what you see. Next, the motor cortex—the part of the brain that directs movement—has to send signals along your spinal cord and to your arm, hand and finger muscles, telling them to respond in the proper sequence to catch the hammer—quick!

While the fact that all of these processes take place in under half a second is amazing, it can also serve as the nail in the coffin during a bad situation at work. In our dropped hammer scenario, what if there is moving machinery in the path where he is sticking his hand or a hot surface? A crushed finger injury would also be very likely if he finds his hand between the hammer and a surface below. While these injuries are relatively minor, there are many examples of bad incidents that turned deadly due to a quick reaction by someone nearby.

An all too common occurrence in confined space work is multiple fatalities. There have been many situations when one worker falls victim to hazardous conditions in a confined space, and then bystanders make the quick decision and react to try to rescue the victim. The hopeful rescuers quickly become victims themselves. 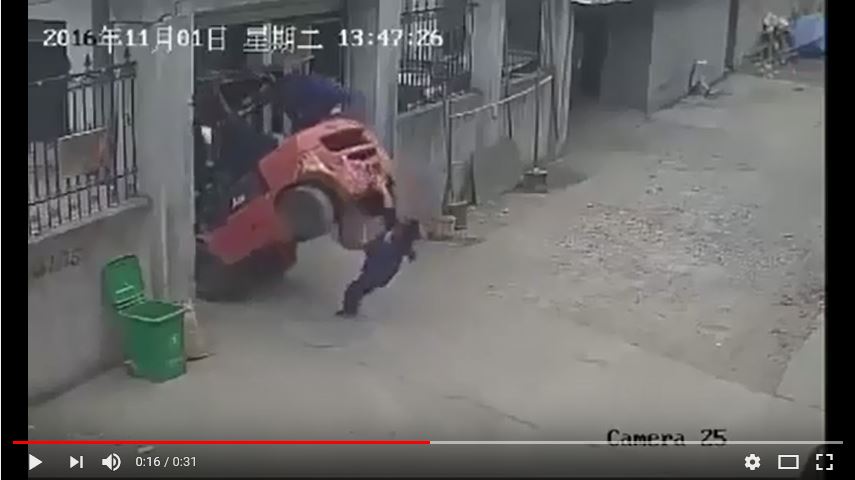 There are times when a quick reaction is the only thing that saves a person’s life. On the other hand, there are also times when quick reactions put people who are completely safe during a bad situation in harm’s way. Be aware of the impulse to act without proper thought. Taking even just a second to evaluate the implications of a decision to act may make the difference in preventing an injury to you or a coworker.