Distractions Created by Smartphones Even When Not in Use Safety Talk

Smartphones have completely changed the way we are able to live our lives, in many ways for the better. Their use, however, can also create hazardous situations. Smartphones are a huge distraction from simply walking down the street and texting to taking the eyes of a driver off the road for hundreds of feet of travel at a time. While it is a well-known fact that actively using a smartphone (or a regular cellphone) distracts you from other tasks at hand, research is coming out that shows there are negative effects from just having your smartphone in the area near you.

The Distractions of Smartphone Use

Today’s modern world is arguably busier and more distracting than ever before. Add smartphones into the mix and you are guaranteed to lack focus on things occurring around you. It is obvious that using these devices while completing other tasks is distracting, but the studies that show that they can negatively affect cognitive abilities even when not in use may surprise you. 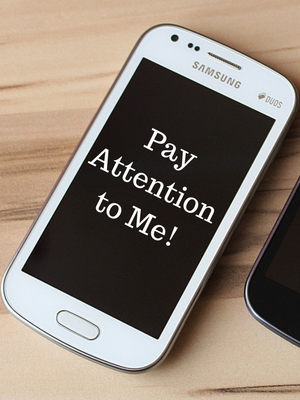 An article published by the Journal of the Association for Consumer Research reported study findings that indicated the mere presence of an individual’s own smartphone affected test scores that targeted attention and problem-solving. More specifically, the two measures of cognitive capacity focused on in the study were “available working memory capacity” and “functional fluid intelligence”.  The researchers asked participants to place their smartphone in one of three places. The three places were (1) in sight on the desk they were working at, (2) in their pocket/ bag, or (3) in another room completely.

The researchers also asked participants after the testing process how much they were thinking about their smartphone during the test. The most common response was “not at all” even though the test scores clearly showed a relationship between how close the phone was to the participants and the score received on the test. The researchers came to the conclusion that an individual does not have to be actively thinking about their smartphone for it to affect cognitive capacity when it is around them.

It can be frightening to think of the negative effects technology can have on our brains. While the majority of individuals recognize the dangers of using a cellphone while completing tasks, many do not realize the impact of just having a smartphone in our presence can have on our ability to focus and problem solve. When completing tasks that require your full focus, consider putting your cellphone in a different area where it will not serve as a distraction for you.

Discussion point: Do the findings of this study surprise you?