Many safety professionals seem to lean heavily on the idea that, eventually, safe working behaviors will become habitual for their workforce after a given time. Many spend time wondering how to get these habits to form and how long the process will take.

The fundamental flaw here is that humanity is far more complex than this. Habit-forming is not on some one-size-fits-all timetable; and to add to the difficulty, safe work behaviors are oftentimes NOT comfortable or instinctual, which only hinders the maturation of an action into a habit. Turning safe work behaviors into habit is a complex animal.

This post discusses two issues to consider when thinking about habit formation.

A behavior is considered a habit once it becomes automatic, i.e. the behavior is instinctual, initiated without direct thought or consideration, and requires no external reminders or orders. Habits form when a repeated action (something one sets out to do with intention, or is told to do by someone else) becomes etched into a person’s neural pathways.

The average workforce is composed of a varied and diverse selection of human beings, who all have different psychological makeups. Some people will readily form habits in as little as a few weeks; others may take several months.

The 21-day habit formation myth which has plagued self-help and safety leadership volumes for decades originated from a surgeon (Dr. Maxwell Maltz) who noticed his patients took, on average, about 21 days to get used to seeing/experiencing their new physical reality.

This idea has proliferated within the professional discourse since the 1960s and has been subject to a gossip-like perversion which has resulted in it being taken as psychological gospel.

In a study performed in 2009, subjects recorded their experiences developing a selected habit, the progress of which was monitored over an extended period. Some subjects reached majority automaticity (instinctual and habitual performance of the given behavior) in as little as 18 days; others did not achieve this until 254 days had passed.

The average overall was 66 days. However, the overall data presents a wide variance. We could always take the average of these values and say, “well, let’s just instead assert it takes 2 months to form a habit,” but this is just tweaking the original issue. You will still have some within the workforce who have yet to develop a habit within that 2 month period, but don’t forget that some subjects took over eight months.

The simple fact is that there is no one-size-fits-all rule to how long it will take for a safe work behavior to become a universal habit among the workforce.

The 21-day myth has survived as long as it has because it is human tendency to believe such a thing. Having this nice little adage is simple, easy to remember, and easy to repeat. It’s much simpler to say, believe, and tell other people that 21 days is all they need to instill automatic behaviors.

Problem #2: Not All Habits are Equal 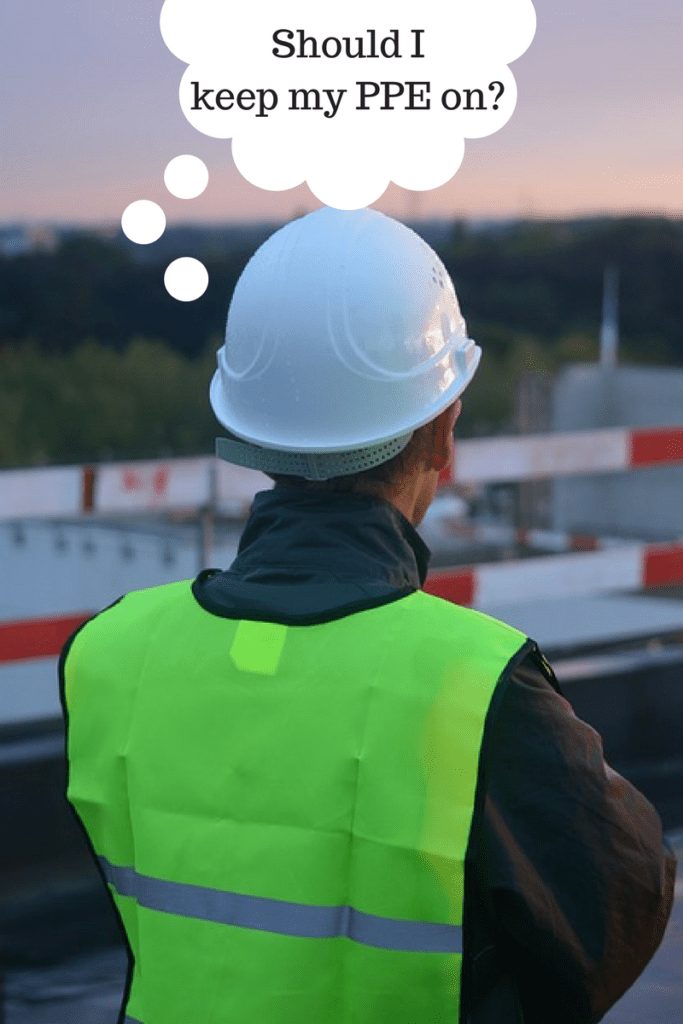 Not all behaviors will solidify into habitual practices easily; the complexity of the behavior you are attempting to make automatic is a key factor as to how long the process may take. Imagine trying to form the habit of running five miles before work every day as opposed to drinking a glass of water with lunch every day. The first is more difficult, takes more effort, takes more time, and all-around demands more out of the individual.

Many safe work behaviors are inconvenient, annoying, time-consuming, or costly. Personal protective equipment can be heavy, hot, itchy, or perhaps get in the way of what the individual is attempting to do.

Safe work procedures may take more time, may make the task more difficult, or may be more intellectually challenging than simply diving in. These behaviors are more difficult than drinking a glass of water at lunch, and will therefore take more time and effort to become automatic.

In a study performed in 2006, subjects were evaluated to assess the relationship between complexity of a behavior and the ease with which that behavior became automatic. Subjects were given one of two writing tasks; subjects in the first group were told to underline the word “she” whenever they came across it in text. The second group was instructed to underline all words referencing a moveable object or mammal.

Predictably, the subjects within the first (“she”) group adopted the behavior as a habit more quickly and more easily than the second group.

Habits are also more difficult to form when they disrupt or clash with already-adopted habits or somehow hinder a routine. Human beings are prone to adopting short-cuts; this usually means that enforcing safe work behaviors will include erasing previously adopted habits and replacing them with new ones.

A study in 2013 showed that participants who were given a routine befitting their previous lifestyles/preferences adopted the habit far better and faster than those whose assigned routine disrupted or inconvenienced their lifestyle. This not only means that we’re fighting an uphill battle to form cumbersome safe work procedures/behaviors into habits, but we are also fighting against old and comfortable habits, which will only prolong the already unpredictable process.

The point is that habit-forming is a complex subject with too many variables to lean heavily on; it’s almost too optimistic to think that every individual within our workforce will adopt safe work behaviors as a habit in a timely and efficient manner. There are too many factors at play. Instead, safety professionals should see that reinforcement of safe work behaviors are consistent, constant, and unrelenting.

It’s better to constantly promote the development of habitual practices than to assume that pseudoscientific habit-forming processes have taken lasting effect.