Through all my digging and reading, I have noticed that most behavior-based safety models deal quite similarly with behavior modification. The vast majority seem to lean heavily on positive reinforcement and do not often utilize (or straight up prohibit) negative or positive punishment in order to shape behaviors.

Many people are familiar with operant conditioning and B. F. Skinner’s experiments with rats and food pellets in a box. This is the man who popularized positive reinforcement – a behavior strengthening tool used in dog training, child-rearing, and elementary classrooms.

Positive reinforcement is introducing a stimulus (positive) to a subject to strengthen (reinforce) a behavior, encouraging the subject to repeat the behavior. A good example might be a child eating all their vegetables at dinner and getting dessert as a reward.

And that’s the thing – positive reinforcement is actually very effective. But for whom? B. F. Skinner proved to us it was effective for rats, dog trainers have shown it’s effective for dogs, and we’ve all seen it work in elementary classrooms, so surely it works for all humans? Not quite.

The thing is, positive reinforcement isn’t quite the be-all-end-all answer most people seem to think it is! And it certainly isn’t the only behavior shaping tool a well-rounded BBS program should have in its arsenal.

In this post, we explore two things to consider when using positive reinforcement in your safety program. 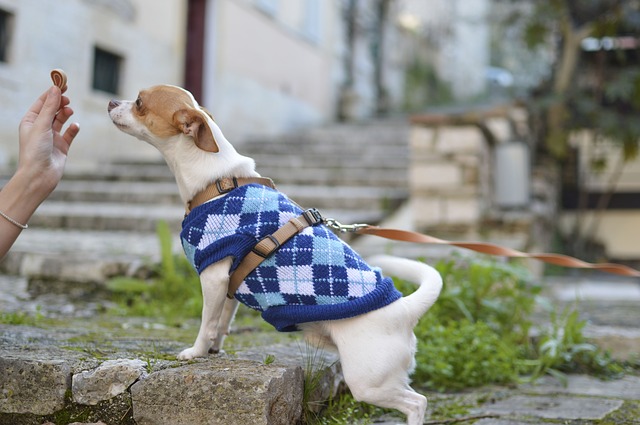 If you do a quick Google for “positive reinforcement,” most of the results you’ll get will be for dog training; so much so that escaping the dog training articles could have you scrolling for days.

But if you narrow your search for a more human application, you find articles on how to use it for … children. Only a specific search on adult behavior shaping will finely turn up something useful for the average BBS program – and there’s likely a good reason for this.

Positive reinforcement doesn’t quite work on adults the way it does for children, dogs, rats, and pigeons. Scientists aren’t quite sure why this is, but perhaps it has something to do with neural connections that only form in human adulthood.

Picture this experiment (found here): young children aged 8-9, older children aged 11-13, and adults aged 18-25 are given a learning task on computers. All participants are connected to brain scanning technology. While completing this learning task, participants are given a negative “punishing” feedback for wrong answers, and positive “rewarding” feedback for correct answers. fMRI scans of the younger children showed the sections of their brain associated with cognitive control lit up with rewarding feedback (positive reinforcement). But the opposite was true for the older children and adults.

These two groups showed increased brain activity in the control centers of their brains with the negative feedback. The speculated reason why? “You did good” is easier to comprehend and respond to than “you did poorly,” which requires the subject to think about where they went wrong, what they must change, etc. This is where positive reinforcement gets its glowing reputation; in its application to young children and animals. But … adults are not quite as simple.

Adults do respond to positive reinforcement, but it isn’t as effective in activating the control centers of their brains as punishing methods. And this isn’t the only potential downfall with leaning too heavily on positive reinforcement. Aside from not being the most effective method, it is also quite a difficult method to sustain its effectiveness over the long term.

Problem #2: Positive Reinforcement as Your Only Method Can Be Difficult to Sustain

When talking about reinforcement, it’s important to note that the schedule or frequency at which reinforcement is exacted on the subject matters quite a bit. In the simplest understanding of positive reinforcement, one would expect that every instance of good behavior is rewarded and reinforced.

But this isn’t practical; imagine rewarding every employee every time they put on their safety glasses. And this is good news because the most effective frequency for rewarding good behaviors isn’t “every time it happens.”

Use Varying Frequency for Rewarding Behavior

The most effective schedule for reinforcement is one that video games and casinos have mastered: variable-ratio.

This means that, if you had a variable ratio schedule of five, you would reward roughly every five instances of safe behavior. But this doesn’t necessarily mean every fifth instance will be rewarded. Sometimes the third instance of good behavior is rewarded; sometimes the seventh. This unpredictable yet still dependable payout schedule is what makes video games and gambling so addicting. It is the reinforcement schedule with the most favorable extinction rate, which is important. Why?

How often do you expect to be able to reinforce good safe work practices? Every time they occur? Once per day, per employee? Once per week, per employee? With a workforce of 500, how can you manage that? If you aren’t at least mildly dependable and able to regularly produce some positive reinforcement for safe behaviors, those safe behaviors you’re working so hard to reinforce will go extinct, meaning the subject will just give up on trying to get their reward.

So, imagine you use a variable-ratio schedule to make certain these behaviors do not go extinct and they are being rewarded at a schedule that ensures an easier path for both management and subordinates. How do you manage that? How do you ensure each instance of good behavior is being rewarded at a sufficient ratio, at a properly variable schedule, for every employee involved in the program?

You can’t. Positive reinforcement is difficult to get right just for a handful of subjects; how can you expect to do the process justice with a workforce of several hundred subjects? The behaviors will burn out quickly if they are not properly reinforced.

The rewards you offer for reinforcement are another item worth consideration here; what reward can you offer to adults that are cost-effective and desirable for the long-term (i.e. they will continue to want it after the program has been running for 6 months … a year … five years, etc.)?

Oftentimes, (with older children and adults especially) the “reward” eventually becomes less rewarding than reverting to the old behaviors and reaping the intrinsic rewards of those behaviors.

Punishment methods have a bad reputation, and most anyone would advise against using punishment methods alone to shape behaviors. It’s a simple fact of life that people don’t like to be punished. But people also don’t respond as well as you’d like, for as long as you’d like, to positive reinforcement, even when it’s properly and flawlessly applied.

Perhaps instead, BBS programs should consider a combination of punishment and reinforcement techniques, as a one-size-fits-all positive reinforcement model is both infeasible and likely ineffective.