Leadership in any organization has a pretty lofty task ahead of them; it’s their responsibility to ensure subordinates are motivated, performing work safely and efficiently, and achieving personal and company goals at a satisfactory pace. The United States military is especially dependent upon the performance of its leadership; poor leadership can bring down morale, get people lost or hurt, or worse. The United States Army is one of the oldest employers in the United States, as well as one of the largest employers in the country according to Defense.gov. It’s safe to say the Army has had plenty of experience getting to know what leadership means, and what is important for leadership to know and do.

Leadership in occupational safety and health is of similar importance; just like leadership in the armed forces, many front-line leadership and upper management personnel are directly responsible for keeping employees safe. Because of these similarities, there is some value to the safety world in the military leadership model; safety leadership and management development and cultivation could potentially benefit from following similar instruction models.

The U.S. Army believes three simple words can be used to help describe a valuable and effective leader: Be, Know, Do (FM 6-22, U.S. Dept. of the Army).

I. Army Leadership Principle- “Be”

The concept of “be” is centered around an individual’s character, values, and leadership attributes. This is something that upper management personnel in occupational safety and health should consider first, when hiring or promoting front-line leadership and safety personnel. Foremen, shift leaders, supervisors, safety representatives, and even the safety program managers should have a certain character, demeanor, and ethical code. Leadership training and job experience aren’t enough to make an effective leader; good leadership is almost entirely dependent upon a solid foundation of good personal ethics (Waggoner). Many organizations have come to view good personal ethics as optional rather than necessary, and have put them on the back burner as compared to job experience. While job experience is crucial to competent leadership, a leader’s character can have a profound effect on the workplace. An individual’s personality and moral code lead their everyday decisions, actions, and attitude in the workplace (Waggoner).

Safety leadership must genuinely “buy-in” to safety, meaning they must believe safe work practices are necessary and should be taken seriously. A leader who doesn’t “buy in” to the safety program is likely to normalize a casual attitude toward safe work procedures and thereby cultivate an unsafe work culture. Safety leadership should also be approachable, good-tempered, and attentive; you want subordinates to feel comfortable approaching their leadership with potential issues, questions, or complaints they may have regarding the safety of their work environment, lest problems go unreported. Safety leadership – especially front-line supervisors – should ideally be well-organized and aware of their surroundings. Front-line leadership will be privy to the reality of the average workday, meaning they will see firsthand what new safety challenges may be arising, or what safety issues aren’t being properly addressed. Leadership will also be responsible for seeing that crucial paperwork and inspections are being done, and should be attentive and organized by nature.

“Know” is self-explanatory; a leader must have knowledge about who and what they are leading to be considered competent. An effective leader must understand the machinery, job tasks, equipment, tools, and procedures pertinent to their subordinates. It is especially important that they know inherent dangers and hazards associated with these things, so they can take charge and prevent incidents from occurring when procedures or protective measures aren’t being used. These are all agreed-upon concepts, and training typically covers this area for leadership and management.

However, the “who” part of “know” is often an understated aspect. Safety leadership should know or familiarize themselves with the people they are leading – understanding the culture of the workplace, for instance, can be crucial to effective leadership. A competent safety leader will recognize when the culture of the workforce is in decline, or is in an unhealthy place and isn’t safety-centered. A leader who knows and cares about their people will also be aware of abnormal behavior in their subordinates (from things such as issues at home, drug or alcohol abuse, reactions to prescription medications, etc.) and could potentially prevent an accident or injury. For safety leadership to master this level of “know,” effective leadership may need to naturally “be” empathetic and attentive. 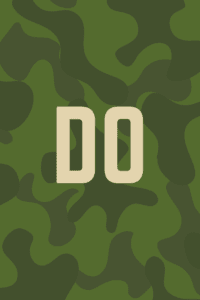 For “be” and “know” to matter in the workplace, safety leadership must also “do” (or engage in) all the necessary qualities, characteristics, and knowledge they possess. A safety leader who is not engaged in the workplace and involved in the tasks of their subordinates are not leaders, they are bystanders. This defeats the purpose of having safety leadership in the first place. A leader who instructs their subordinates to follow safe work procedures and encourages positive attitudes toward safety but does not do so themselves is a hypocritical leader. A hypocritical leader can have a poisonous effect on the work environment. Hypocritical leaders will inevitably be undermined, cause a decline in workplace morale and job satisfaction, and can encourage unfavorable work behaviors (Greenbaum). Unfavorable behavior in any workplace can present a significant safety hazard.

It isn’t enough to train safety leadership and tell them they need to actually “do” what is required to be effective; some sort of accountability system should be in place to ensure leadership is actively engaging in leadership tasks and meeting all ethical requirements. Preparing quarterly or annual performance reviews can ensure efforts toward keeping leadership accountable are kept on track. Offering written or digital pathways for lower level employees to share concerns may be helpful, including surveys or drop boxes posted outside offices. Whatever methodology used, it should be made clear to all leadership in safety that their performance is in direct correlation with safety and health, and they will be held accountable for putting forth their best efforts in cultivating safe work behaviors and a safe work environment.

Effective safety leadership should BE serious about safety, KNOW how to lead, and consistently DO what is expected of competent leaders.